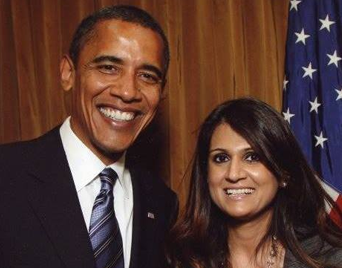 National Convention Delegate: Anila Ali has twice been elected delegate to the Democratic National Convention. She represented the 45th Congressional District at the 2012 and 2016 conventions. She was the first Pakistani and first Muslim to be elected from Orange County.

Centrist Voice: Ali remains active in local and national politics, advocating for a strong centrist platform within the Democratic Party. She works to ensure that the Democratic Party avoid following the radical path of the UK’s Labour Party, which has too often betrayed its core values by tolerating intolerance. In 2014, Ali was a candidate for District 74 of the California State Assembly and received endorsements from the National Women’s Political Caucus and the California Labor Federation.