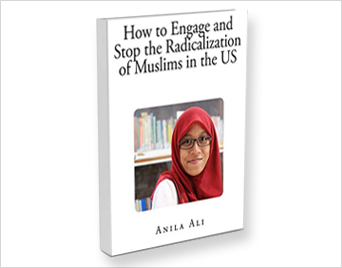 In 2009, Anila Ali was invited to the Obama White House to present recommendations on how to stop extremism. For her recommendations, Ali drew on her work with at-risk youth and parents in local communities, as well as her partnerships with law enforcement officials. The paper proposed constructive common-ground solutions that could meet the needs of both Muslims families and national security.

In 2015, Ali returned to Washington as a speaker at President Obama’s White House Summit on Countering Violent Extremism. Her message for policymakers and community leaders includes the following: